September marks the return of the months with dividend income in excess of 100EUR.

I received the following dividends in September 2017:

I initiated a position in United Technologies (UTX). This is a diversified industrial that makes aircraft engines, aerospace products, elevators and escalators, and climate control solutions.

The Little Book That Still Beats The Market – Joel Greenblatt

Earlier this month I finally finished reading Greenblatt’s magic formula book. I started reading it quite a while ago but put the book down as it didn’t really peak my interest. Perhaps a decent book for (younger) beginners who know absolutely nothing about investing but I don’t think it’s suitable for more experienced investors.

The book is geared towards young teens and primarily centers around how the stock market works and how you can beat the market by using Greenblatt’s magic formula. It’s short and cheesy, and feels too much like a promotional piece.

I didn’t enjoy this book and think you can probably learn more about magic formula investing by reading a couple of articles about this investing style. Wikipedia boils down the basics of the book’s magic formula in nine sentences:

Another book I finally finished reading! This is another of the investing book classics, it was originally published in 1994 but the book has received several revisions over the years so it doesn’t feel dated.

This is a book I definitely recommend to beginners, it gives you perspective about the history of the stock market and what kind of returns you can expect in the long run. Data from this book is commonly cited and the book is full of interesting nuggets.

Don’t expect to learn any ground-breaking investment strategies or anything like that, the main message here is that stocks are something for the long run. This is basically the “buy and hold” bible and it can help a lot when you’re nervous about getting your feet wet in the stock market. 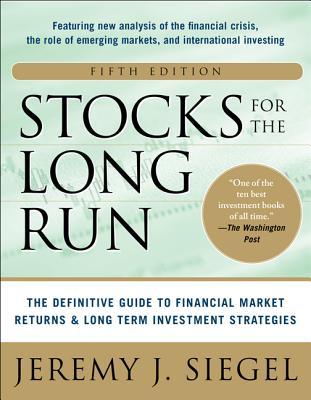 How was your month? Lots of dividend income or some exciting new purchases?

Since my last post I’ve read The Outsiders: Eight Unconventional CEOs and Their Radically Rational Blueprint for Success. This is a book that explores the strategy of eight unconventional CEOs that significantly outperformed their peers and the S&P500 over long stretches of time. The Outsiders provides eight case studies of CEOs that operated (or still operate) in very different markets, including cable TV, newspapers, cinema, pet food, and the defense industry.

As a group, these eight exceptional CEOs stand out because they all made very rational and independent decisions, without giving in to peer pressure. They didn’t spend a lot of time on investor relations, rarely went to conferences and stayed out of the public spotlight. They ran very decentralized operations with low HQ headcounts and generally focused more on capital allocation decisions rather than day-to-day operations.

The book argues that capital allocation is one of the areas where most CEOs are not good at and that this is exacerbated by an urge to look at what peers are doing or what Wall Street is prescribing. Capital allocation includes making decisions about reinvesting earnings in the business, acquiring companies, selling or spinning off assets, doing share buybacks, and issuing dividends.  The Outsiders offers evidence that mastery of capital allocation is what resulted in the big outperformance of the “Outsider” CEOs.

Each of these eight CEOs excelled at this game and usually did things completely different than their peers. They focused on creating long-term per-share value and largely ignored short-term metrics like quarterly revenue and earnings.

A general theme throughout the book is that many of these Outsider CEOs did not go with the flow but waited until the right time to make large and daring acquisitions. They also performed very large share buybacks, but they were not continuously buying back shares like a lot of companies are doing these days. Instead,  the Outsider CEOs waited until valuations were attractive enough to buy back huge amounts of shares.

Additionally, the Outsider CEO does not believe that bigger is better and is not afraid to sell a large part of his business for the right price. The book describes how most of these eight CEOs paid little dividends and often made no large moves for long stretches of time. But when an opportunity finally presented itself, they weren’t afraid to pounce very fast and with high determination. The manner in which these CEOs did acquisitions was interesting to read. There are several examples in the book of how these exceptional CEOs made huge deals, sometimes in mere hours or days, and with minimal help.

The Outsiders is a very interesting book as it provides a unique look at how these eight CEOs delivered outstanding performance for their shareholders by very smart allocation of the company’s capital. I wholeheartedly recommend this book to any investor.

All articles on this site are personal views and opinions. I am not a financial adviser, do your own due diligence.
Loading Comments...