Another month has almost passed, there are no further dividends on this month’s radar so it’s time for my dividend income report!

Adding it all together results in after-taxes dividend income of 168.01EUR, which is an above-average month thanks to payments from companies that have a bi-annual payout, the most prominent one being my large Diageo position.

The South32 dividend was a bit of a surprise.This is a spin-off from BHP Billiton, they didn’t pay out a dividend last year and because the position is so small I didn’t really keep track of what this company is up to. The 0.41EUR is not a lot but it’s nice to wake up one day, log into your account and discover a company decided to send you a bit of money.

Earlier this month I added 25 shares of Nike to my portfolio. This doesn’t bring in a lot of dividend income because Nike has a low payout ratio but it does offer higher growth prospects. A more detailed post about Nike may or may not follow in the coming weeks, depending on how much time I have available to write it. Often it feels like 24 hours in a day just isn’t enough. It’s been some time since my last dividend growth stock article on SA but I hope to be able to finish a post about Brown-Forman before the end of the month. Deadlines certainly help to get work out.

I don’t think there’s still a lot of Nike clothing in my closet but they do make some nice stuff. 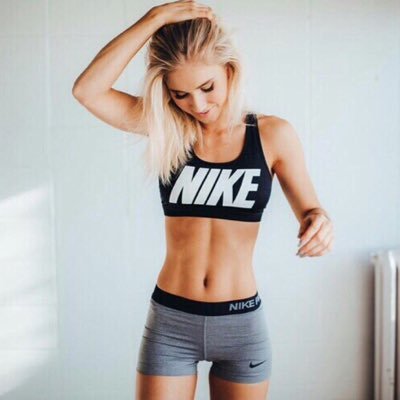 Image courtesy of Nike For Girls

Belgian dividend tax going up… again
Unfortunately, the latest round of budget planning from the Belgian government was bad news for dividend investors as the coalition in charge decided to increase dividend taxation to a whopping 30 percent, three percentage points more than the current rate. What’s particularly sour here is that they already raised the rate from 25 percent to 27 percent last year, and that government couldn’t even agree to lower corporate taxes.

A slight glimmer of good news is that the Belgian government will abolish the infamous speculation tax in 2017. Last year the Christian democrats pushed hard for some sort of a capital gains tax and the speculation tax was their consolidation prize. In a nutshell, gains made on certain financial transactions like stocks were taxed at a 33% rate if you sold within the first 6 months. Losses on other transactions were not deductible.

The speculation tax was little more than yet another round of bullying the small investor, people changed their behavior and there were a lot of loopholes and workarounds (CFDs for example). The net result was a big loss of liquidity for small and mid-cap shares and, as a lot of people expected, the speculation tax did not bring in any money, it actually resulted in a loss because government collected a lot less transaction tax than the year before.

Last year, government claimed the speculation tax would bring in 34 million EUR but recent estimates from the financial press estimate this folly resulted in a tax loss of 100 million EUR due to a combination of lower transaction tax and less corporate tax due to the impact on the profitability of brokers and banks. The latter had to make a lot of extra costs to adjust their IT systems to implement the speculation tax, which also had to be done on a tight schedule because there wasn’t a lot of time between the implementation date and the publication of the finalized version of this tax.

Of course, it also soured investor sentiment and disrupted whatever was left of the sense of a stable investing climate. Furthermore, there was also a lot of lingering uncertainty as there was no final decision about whether options would be taxed or not. For example, just a few months ago there was still talk about a possible retroactive application of the tax on options. But today,  ten months after the introduction of the speculation tax and two months before it will be axed, the finance minister finally confirmed options will not be taxed. You just can’t make this stuff up!

Unfortunately, we’re not entirely out of the woods yet.  The Christian democrats are still pushing strong to outleft the left by calling for the introduction of a capital gains tax. Before our current government, which has been in power just two years now, socialist parties were in government coalitions for roughly a quarter of a century. Now they’re back in the opposition and suddenly the left is screaming bloody murder for more taxes on “the rich” and “fairer fiscal policy” (read: more taxes on small investors).

While they pat themselves on the back, all I’ve seen over the last couple of years is that my overall tax level has gone up and that government still can’t balance its budget (which doesn’t even include the massive cost related to the inflow of asylum seekers and the extra security measures following the Brussels bombings because this is kept off budget).

How was your passive income in October?

All articles on this site are personal views and opinions. I am not a financial adviser, do your own due diligence.