Those who regularly read this blog probably already know this but all earnings listed above are after all applicable taxes. In total, the July 2017 income adds up to 92.45EUR so this breaks my four-month streak of +100EUR reports.

Dividend promises from Kinder Morgan!
Kinder Morgan released its earnings this month and promised investors that it aims to significantly increase its dividend the coming years. Back in 2015, pipeline company received a lot of flack as its debt situation forced it to cut its dividend by a massive 75 percent. This was a hard pill to swallow for a lot of investors as many had bought the stock for the combination of a high starting yield and the promise of high dividend growth. Instead of 10 percent yearly dividend growth through 2020, the rapidly deteriorating market situation resulted in a dividend cut from $2.00 to $0.50 per share.

Reducing debt became a priority and the firm is now projecting net-debt-to-adjusted EBITDA of  ~5.2 by year-end. That’s still pretty high but Kinder Morgan deems this is low enough to boost its dividend. Kinder Morgan promises it will raise its dividend in Q1 2018 and targets a total dividend of $0.80 per share for 2018. If things go well, this should climb to $1.0 in 2019 and $1.25 in 2020.

2018 government budget to contain nice treat for Belgian DGIs?
The Belgian government is once again reviewing policy and trying to figure out next year’s budget. The last couple of years this was bad news for Belgian investors as our government gradually increased the dividend tax from 25 percent to 30 percent. They also introduced a tax on speculation but that silly tax has already been repealed as it actually hurt the budget (because people changed their behavior which resulted in lower stock market transaction tax).

Anyway, this year there are two investing-related fiscal measures on the table. Prime minister Michel (MR) thought he could get an easy deal by giving each of the four parties in our government a treat.

First up, the Christian democrats (CD&V) still want a “fair tax” trophy and our prime minister thought he could meet this demand by proposing a tax on stock market portfolios. From what has leaked to the press, the proposal called for a tax on portfolios with more than 200,000EUR in assets. The Flemish liberals (Open VLD) fear this tax (or future iterations of it) will hurt the middle class and the Flemish nationalists (N-VA) are also against it. As such, budget talks between the four parties that make up the Belgian government are once again very tough.

Now you can hardly make this stuff up, but Michel’s deal also includes a treat for investors. Belgian is a country of savers but very few people invest in stocks. Open VLD wants to change this by encouraging people to invest their savings. At the moment, interest income of up to 1880EUR a year from regulated savings accounts is not subject to taxes. The idea here is to expand this policy to other investments like stocks.

In the current low-interest environment, this would stimulate people to invest in dividend-paying stocks. My current 2018 net dividend income projection is around 1500EUR but this fiscal measure could take it over the 2000EUR mark. It’s too early to celebrate as it may not make it into the final 2018 budget, but if it does it would be a massive dividend increase for me! 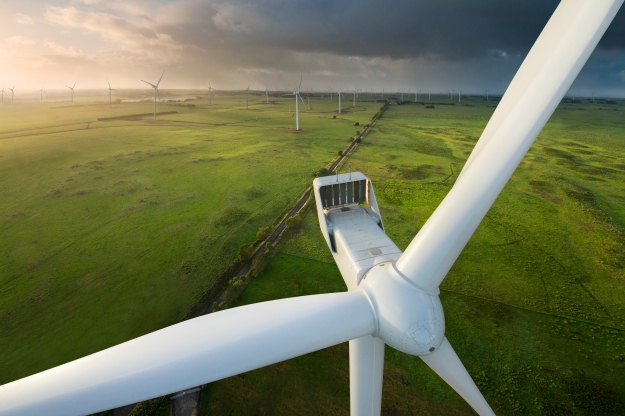 Which stocks did you buy this month?

So this is a post that I was preparing for my next dividend income report. After I hit the 500 word mark I decided it was a good idea to give these ramblings a dedicated blog post 🙂

I came across his blog about a year ago and was captivated by how he covered the 2016 US presidential election. Shortly after Donald Trump announced his presidential run, Adams was one of the first commentators that explained why, against all odds, Trump had a much better chance of winning the election than most people in the media would give him credit for.

Adams observed Trump is a “Master Persuader”, who acknowledges that voters are irrational and that facts don’t really matter if you can appeal to people’s emotion. I don’t think it worked out as great as Adams envisioned in 2015 as the US is still divided about Trump. But Adams’ unique line of thinking and his “persuasion filter” peaked my interest in his book as I wanted to learn more about his thought process and how he views the world. I mean, just the title of the book is already alluring. Who doesn’t want to know how you can fail and still come out ahead?

The book is a witty rollercoaster ride with lots of interesting tips on helping you to become more successful. Adams started out in the corporate world, where he “failed his way to promotions”, and he eventually used his experience to become a popular cartoonist and author. 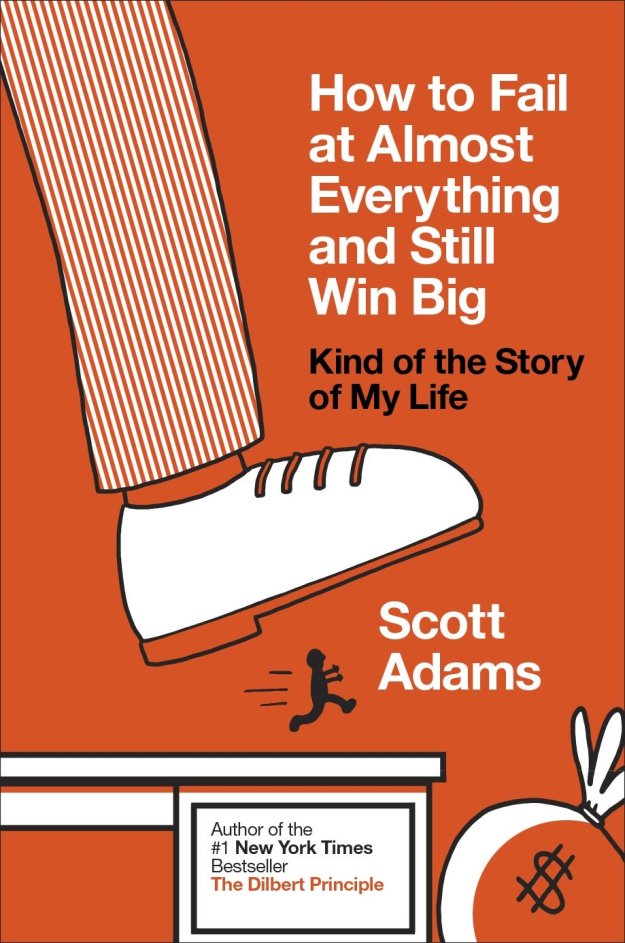 Goals versus systems
One of the central themes of this easy-to-read book is that goals are for losers and systems are for winners. The distinction between the two isn’t always that black and white but basically, if you set yourself a goal to lose 5kg you’re likely going to fail. By implementing a system, something you do on a regular basis, your odds of achieving something become much greater. Adams also provides some great nuggets on how to influence others and the final chapters of the book deal with diet and exercise. The author believes the two are critical to maximizing your personal energy and to get yourself on your way to achieving success. There’s also some great stuff about viewing your brain as a programmable, “moist computer”.

Adams also provides some great nuggets on how to influence others and the final chapters of the book deal with diet and exercise. The author believes these two are critical to maximizing your personal energy and to get yourself on your way to achieving success. There’s also some great stuff about viewing your brain as a programmable, “moist computer”.

I think the book also helps to explain why dividend growth investing is a good match for a lot of investors. It’s a system that helps you to get comfortable with the stock market, you pick up a habit of investing regularly and most companies send you quarterly “rewards” in the form of dividends.

Cutting down on Coca Cola
Some parts of the book relate to my personal life. In particular, in 2015 I decided it was time to cut back on my Coca Cola consumption. Mostly for health reasons but the potential to save money was also a good motivator. One liter of Coca Cola costs about 1.60EUR so on a yearly basis I was probably spending over 600EUR on Coca Cola.

Before my mid-teens I rarely consumed Coca Cola but eventually that grew to 1 liter per day. And after some hard physical work that sometimes ballooned to 1.5 liter or more. I identified one of the problems was that I bought Coca Cola in bottles. Once a bottle is opened it is hard to resist the urge to drink just one more glass. Additionally, you know the carbonation is slowly escaping from the bottle so your mind is pushing you to empty the bottle as quickly as possible because flat Coca Cola is awful.

So I decided to switch from bottles to cans. Initially, I consumed three 330ml cans of Coca Cola a day so overall it didn’t make a lot of difference to my diet but it helped to make the transition smooth. After some time I cut down to two cans a day, at first this took some will power but after a week or so the need to consume three cans a days dissipates rapidly.

That was around the time Coca Cola launched its Life version in Belgium. It got a bad reputation as many critics called Coca Cola Life a “greenwashing” product but I saw it as a good fit for me. I’ve never been a fan of the calorie-free versions of Coca Cola, they taste awful and they contain aspartame. Now I know that rationally speaking, aspartame is probably OK. There’s little to no scientific evidence that this artificial sweetener is bad for humans. But human beings aren’t rational and aspartame has a “burned” reputation. People drink Coca Cola because it tastes delicious and makes you feel good. I do not want to drink something that makes me want to second-guess it every time I grab a can out of the fridge. Like Scott Adams explains in his book, you need to maximize your personal energy so I don’t think Coca Cola Zero is a good match for me.

Coca Cola Life on the other hand sounded alluring to me. If I recall correctly, Coca Cola launched the product with the promise of a taste that comes very close to the original Coca Cola but with a lot less calories. The first version of Coca Cola had 40 percent less sugar than regular Coke. In terms of taste, it came close to the real thing so I decided to switch to one regular Coke and one Coke Life a day.

After that Coca Cola reformulated Coca Cola Life and the current product contains 45 percent less sugar than regular Coke. As an added bonus, I definitely prefer the taste of the reformulated version. I switched my daily Coke consumption entirely to Life. It has the same signature taste as regular Coke but there’s a little extra “kick” in the reformulated Life version that makes it a very enjoyable drink for me.

It’s probably still too much but definitely a more manageable level than before. And besides the health benefits, it also results in annual savings of at least 155EUR a year. 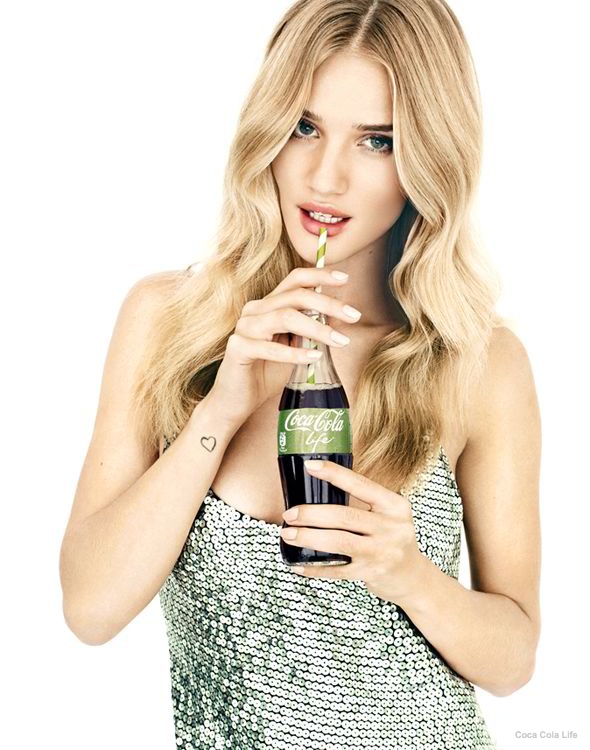 Reprogramming your moist computer can take some time and everything written above happened before I read How to Fail at Almost Everything and Still Win Big. But Scott’s book definitely made me realize the power of making small changes to what you do on a daily basis. At the moment, I’m trying to replicate the Coca Cola trick in other areas of what I do on a daily or weekly basis. Small and incremental changes without hurting personal energy levels.

The book also kickstarted my desire to exercise more. After reading about a third of How to Fail at Almost Everything and Still Win Big I decided to rearrange my daily routine to incorporate exercise in my workdays. I discovered that my wife’s treadmill and my tablet computer are a good combination. Gathering knowledge from books while working out is a win-win and feels pretty rewarding.

Anyway, this post is getting way too long. I wholeheartedly recommend How to Fail at Almost Everything and Still Win Big. It’s a great, practical, and very motivating book.

All articles on this site are personal views and opinions. I am not a financial adviser, do your own due diligence.